CNN vs. What the Science Says, Part 2


The gist of the article is that Alaska was too hot this summer. How ridiculous is that?

If we can't even agree on something as obvious as the fact that Alaska is too darn cold, then is there any hope that we can ever agree on anything? It is a testament to the power of relentless propaganda that the Left has managed to convince even many shivering Alaskans and Canadians that a warmer climate above the 49th parallel would somehow be a bad thing.

I would not say that anthropogenic (manmade) global warming (AGW) is a myth. But the "climate crisis" is certainly a myth. In fact, the "climate problem" is a myth. Fear of AGW is based on confusion and superstition, not science.

One of the nice things about "global" warming is that it isn't really very global. Rather, thanks to "Arctic amplification," and negative feedbacks that limit warming in the tropics, the warming is disproportionately in the far north, where it is a blessing.

As the great Svante Arrhenius wrote on p.63 of his book, Worlds in the Making (English, 1908) [or Världarnas utveckling (Swedish, 1906)], "By the influence of the increasing percentage of carbonic acid [CO2] in the atmosphere, we may hope to enjoy ages with more equable and better climates, especially as regards the colder regions of the earth, ages when the earth will bring forth much more abundant crops than at present, for the benefit of rapidly propagating mankind." 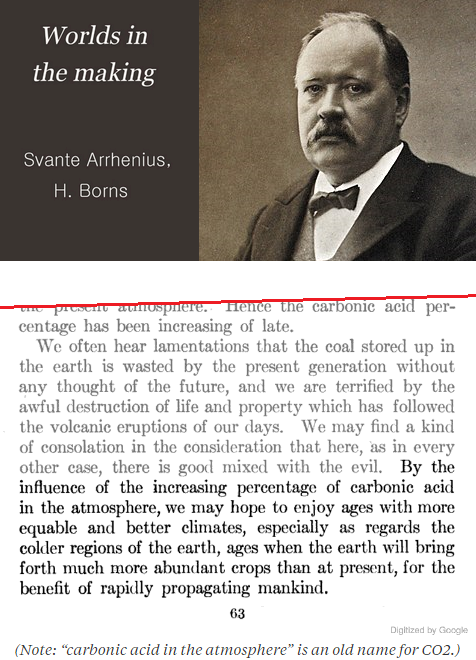 The best evidence is that AGW is real, but modest and benign, and CO2 emissions and consequent rising CO2 levels are beneficial, rather than harmful. (Here's a list of of good resources for people wanting to learn more about climate change.)

That CNN article is a mess. It's the nature of weather that you can always find somewhere which is experiencing record something. So what? Unusually mild weather in Alaska is something to celebrate, not fear!

One especially blatant bit of misinformation in that CNN article is the part about ticks. The article says:

Historically, that blood-sucking bug would not survive the Alaskan climate. Not anymore. "It's kind of like a Russian roulette," she says. "Eventually, a tick is going to come and it's going to be able to overwinter and then establish in our wildlife population up in Alaska."

That's utter nonsense. Never in American history has the southern Alaskan climate been too harsh for ticks and tick-borne diseases, no more than California's climate is too harsh for medflies. The danger posed by those pests has nothing to do with climate change, and everything to do with people carelessly importing the pests.

Here's a map of Lyme risk in the lower-48 States (red is worst): 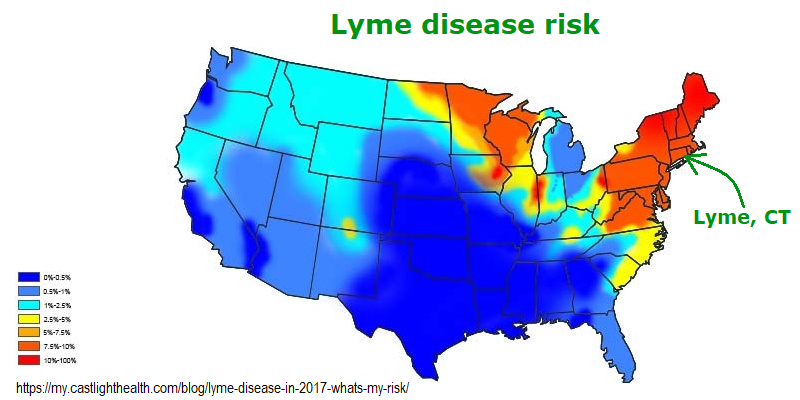 As you can see, even Maine and northern Minnesota are not too cold for the deer ticks that carry Lyme disease.

Here are the climate norms for Anchorage, AK vs. a town in central Maine (where ticks carrying Lyme disease are endemic):

Notice how much colder the winter nights are in central Maine.

But CNN would have you believe that Alaska used to be too cold for ticks. It is complete poppycock.